Go where your whim takes you…without regard to the availability of pavement. It’s the American dream. Sort of. For some.

The first things we did was open the hood, look at each other, and shake our heads. In 2012, after years of dallying, Jeep announced they were finally going to upgrade the Wrangler’s anemic power plant. But in 2011, you were on your own. So the fine folks at Burnsville Offroad West, in Denver, shoe-horned a 5.7L Hemi VVT truck motor into our little toy. Because, sometimes really deep mud requires about 400hp of “stuck” prevention. 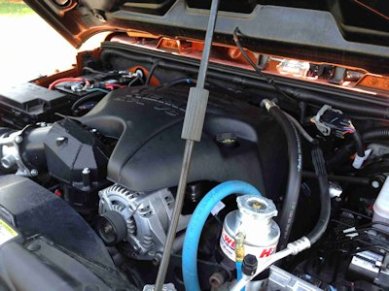 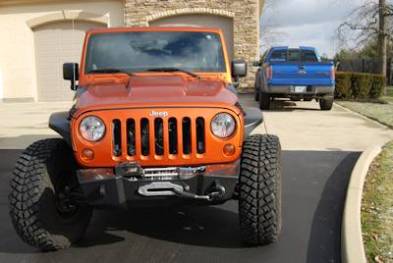 Then, because a motor does not stand alone, we added the following: 545 5-speed auto truck transmission, 3″ Teraflex speed kit lift to clear 37″ Yokohama Geolander MTs, which crawl, dig, pull like crazy, and would probably climb sheer cliffs if you asked them to). So, while this Jeep is built to go FAST, it also crawls like an animal. Built on a Wrangler Rubicon, it comes with lockers front and rear, and electronic swaybar disconnect. The front axle has been replaced with Dynatrac’s indestructable ProRock Dana 44, and the power steering has been replaced with the robust Howe Performance Power Steering Assist Ram. Despite the honkin’ size of the tires and wheels, Burnsville maintains the Hemi will actually roast the 37’s off the line (disclaimer: We take their word for it; we haven’t tried this–this is an offroad vehicle, not a freakin’ rail dragster!). To make sure you can crawl slowly even in the Summer heat, we’ve added some extra cooling capacity (to the engine–you still have to make do with the stock A/C in the passenger cabin, eh?). 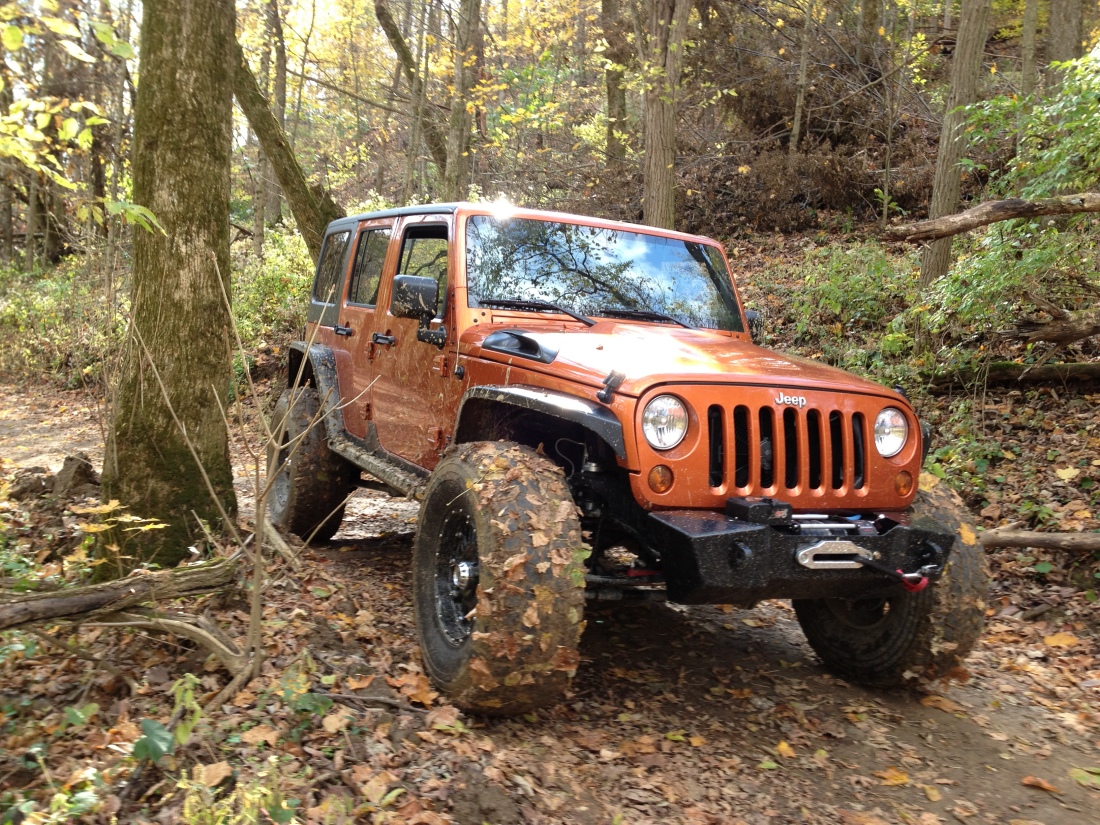