Hoosier competition slicks don’t squeal like street tires do when pushing the boundaries of lateral grip. The folks at Hoosier expect drivers to possess enough feel for their car’s departure characteristics to have abandoned reliance on audio cues when coaxing their cars to the ragged limits of applied physics.

That’s the sort of knowledge that’s best internalized long before attempting to blend high lateral Gs (or g-forces) with the tire-loosening throttle that carries a car from the curb-caressing apex of turn 10 at Putnam Park Road Course to the track’s outer edge. Try to coax more lateral grip than the car’s setup allows, or get too heavy-footed on the gas during turn exit, and Newton’s immutable 2nd law will introduce the car’s shiny paint to a ravaging barrier wall just waiting to penalize such seat-of-the-pants, F=ma, calculation errors.

On the other hand, take the turn too slowly or lay into the throttle either too gently or too late means giving up two, or four, or ten mph at the turn’s exit. That deficiency then haunts drivers throughout the full ten or eleven seconds of acceleration down the front straight. Every missed mile per hour robs long tenths of a second from lap times.

All this flicked through the thoughts of the 997-era Porsche 911 GT2  driver in the four-heartbeats between turn 9 and turn 10. That’s not a good time for concentration to lapse. 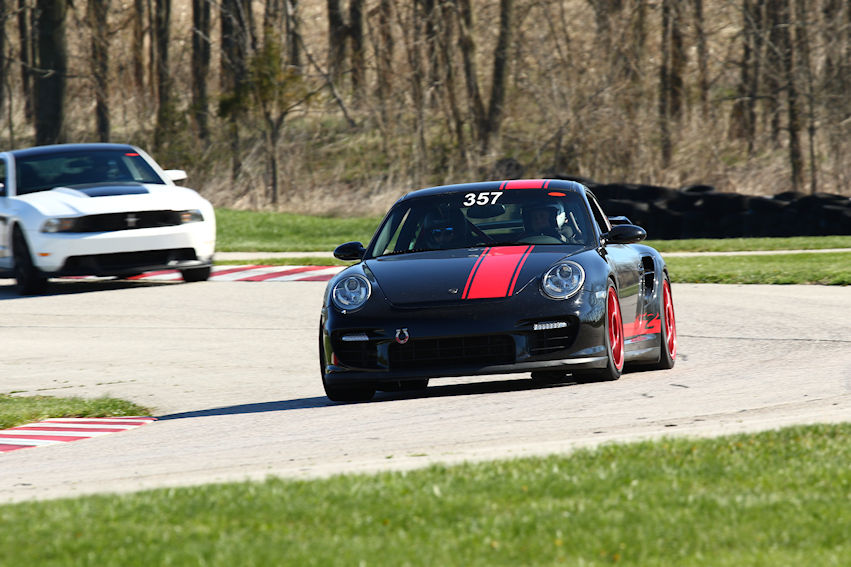 He scowled as he left a frustrating amount of padding between his car’s capabilities and the risk of a graceless, spinning exit from the track’s asphalt surface. He’d been off in the grass, and into a tire wall, before. It was making him too cautious now.

Fuckin’ granny, he chided himself. Accepting risk was an inherent part of extending one’s limits. No one clinging safely to their comfort zone ever improved at anything.

But in the last year, his damned car had begun appreciating wildly in value, leaving him overly cautious about sliding his Hoosiers as close to the abyss as was required for fast laps. Shaking his head, he thrust smoothly down on the gas, searching for that maximum amount of acceleration lying just this side of breaking the tires loose and allowing the 911’s heavy rear end to whip around and into the lead.

The car surged forward. Rocket sled g-forces momentarily fused spines and helmets to the carbon-fiber seat backs, ensuring the GT2’s inhabitants became one with the car.

The GT2’s windows were down. That was required during high-performance driving exercises. So the 120mph, then 130mph, then 145mph, thirty-eight degree Fahrenheit, Indiana Spring slipstream buffeting the car’s cockpit grew chillier. Yet neither the driver nor passenger spared attention to miniscule sensations like bone-chilling cold. Small sensory discomforts went unnoticed before the dopamine-based joy this car’s ability to slingshot out of a corner created.

In the passenger seat, the Porsche’s master mechanic, riding along to experience the result of the modifications he’d made to the drivetrain and suspension, fought the acceleration and the six-point safety harness to get a glimpse of the car’s instrumentation. He might have yelled “Holy crap” at what he saw, but amidst wind noise and thunderous exhaust, it’s hard to tell. A rear-engine car under straight-line acceleration might be considered the epitome of traction; nevertheless, for much of the car’s pell-mell flight down front-straight, the dashboard’s traction and stability control lights flickered on and off, indicating the application of such power that even the Hoosiers’ relationship with the asphalt became alarmingly tenuous.

“See?” the driver yelled, ten time-dilated seconds later. “It’s freakin’ nuts with the new tune! The car goes like a raped ape!” Cackling like a madman, he abandoned the gas pedal and put the car into threshold braking, right at the limits of ABS, throwing both occupants forward in their restraints and slowing the suddenly nose-heavy vehicle just to the point where the turn 1’s cambered exit banking was the only reason the car remained on the track rather than sliding WAY off into the grass.

An engine blip and downshift later, the car leapt toward turn 2. There were eight more uniquely demanding turns to conquer before the driver’s next stab at that most dangerous, and rewarding, turn 10. 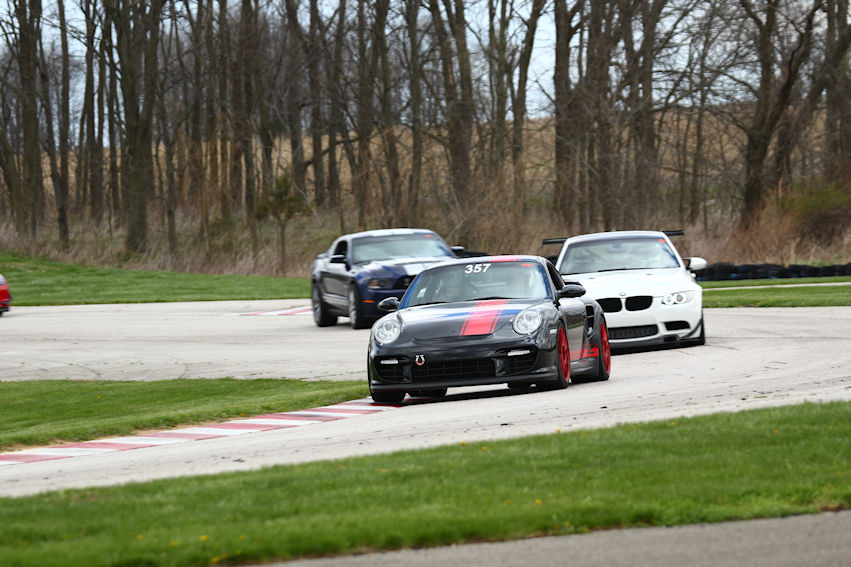 This was just a little exercise in narrative point of view, perspective, tense, and accessibility. I wanted to flex mental muscles a little prior to getting back to work on my second book in the Michael Rader series. After taking a break from fiction to knock out “Self-Driving Steamrollers,” I needed some forced typing to get back into third-person-limited mode again. If you’re still reading, I hope you enjoyed the diversion, rough though it may have been.

Bio: I grew up a Navy brat, then enlisted in the U.S. Army Infantry at age 21. I entered as a private, earned selection for and admission into Officer Candidate School, then spent the rest of the time wearing bars. After several years training force-on-force unit combat in the Mojave with the Army's elite mechanized OPFOR, and then the joy of command while at Fort Carson, CO, which included the challenges and rewards of taking a company of soldiers to Iraq and bringing them all home safely, I left the military in search of new experiences. Like many who leave the military, I hit some hiccups trying to figure out how to communicate to civilians that a decade of training soldiers to aggressively close with and kill the enemy was experience that would translate swimmingly into their company culture. Eventually I overcame that communication challenge. That led to several years doing the "corporate thing," pursuing a career that led from retail to IT, following my passions for computers and communications developed as a(n) (unlikely) hobby while a soldier. In the late nineties, I had the good fortune to hire into one of the pioneer companies in the (then new) massively multiplayer online game industry. While there I saw opportunity to start my own company and used all my experiences (and no small amount of learning new skills on the fly!) to build an online payment processing company. My first company, PayByCash, brought local non-credit-card payment methods from around the world to Internet content providers with one very simple integration. After growing for 8 years and earning the trust of the largest game content providers in the world (and most of the smaller ones as well), we merged with a VC-funded Silicon Valley company and were later acquired by Visa. In my on-again-off-again "retirement," as a serial entrepreneur, I develop (and occasionally launch) new ventures. When not torturing myself with the responsibility to nurse my whackadoodle ideas into profitability, I spend the time with my family that I rarely had when running my first (and to date most successful) company. And I write, sporadically and spasmodically. When not writing, I race cars and enjoy improving my skills in the shooting sports. View all posts by Kevin H.

This site uses Akismet to reduce spam. Learn how your comment data is processed.